Anyone expecting a conventional crossover disc from mezzo Jacqueline Dark hasn’t been paying attention. In recent years Dark’s career has ranged far and wide. Few singers, one ventures, would have followed a year as the Abbess in The Sound of Music with Fricka in Opera Australia’s Melbourne Ring cycle and then, just to mix things up, hit the Adelaide Cabaret Festival with Strange Bedfellows – Bedlam. 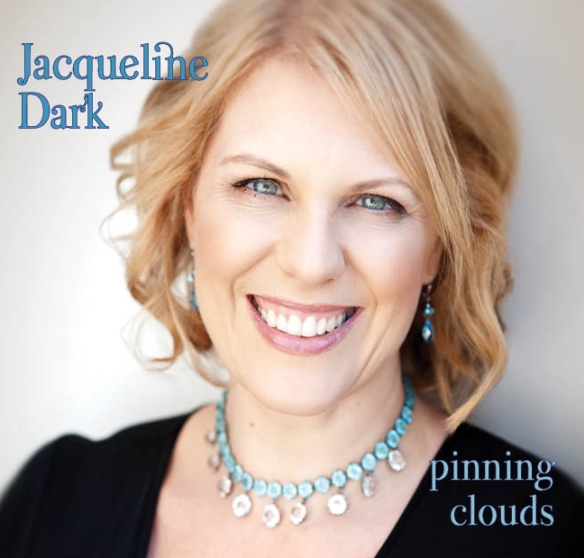 There is no Strange Bedfellows material on Pinning Clouds (the Weimaresque material is fabulous and far too filthy) but Dark’s first CD does, nevertheless, owe something to that aspect of her work. The Beddies, as Dark and Bedfellow-in-crime Kanen Breen are affectionately known, are democratic in their tastes, happily erasing distinctions between what purists – pedants? – might characterise as high and low art.

In Bedlam, there is a moment, I understand, where the Ramones meet Schumann. While Pinning Clouds doesn’t go quite so far you can hear something of that “there are only two kinds of music, good and bad” sensibility in it, along with the generous, vulnerable spirit that is one of Dark’s loveliest qualities as a performer. To this she adds the blessing of pristine diction, for which much thanks.

It’s an act of courage, really, to include Joni Mitchell’s Both Sides Now and Leonard Cohen’s Hallelujah on a collection, so well-trodden are those paths, but Dark has an affectingly intimate and individual way with them and Hallelujah has the further advantage of being sung with Breen, who is in supple, velvety voice. Music director Daryl Wallis’s transparent, elegiac arrangement is perfect.

Also squarely in well-known territory but given a fresh sound is Sondheim’s Our Time from Merrily We Roll Along, on which Dark is sweetly joined by her son Alexander and children who appeared with her in The Sound of Music. Less familiar but no less pleasing are Debra Byrne’s touching So Soon and Lance Horne’s Last Day on Earth. Climb Ev’ry Mountain from The Sound of Music obviously had to be included on Pinning Clouds as Dark shook the heavens with it – rightly and nightly – in the theatre but here it sounds a little vibrato-heavy in comparison with the lighter touch taken elsewhere, nowhere more entrancingly than on Both Sides Now. The floating vocalise at its end is ravishing.

So far so conventional, you might say, but there’s more. On almost half the tracks on Pinning Clouds there are musical references to classical or operatic composers, some applied sparingly and others to the fore. There’s homage to Mozart in Hallelujah, for example, gracefully done. You’ll Never Walk Alone from Carousel is interwoven with Ralph Vaughan Williams’s The Lark Ascending surprisingly effectively; and in Michael Kunze and Sylvester Levay’s Gold von den Sternen (Gold from the Stars) from Mozart! (yes, such a musical does exist), opera–lovers will identify Soave sia il vento from Cosi fan tutte, by Mozart, naturally. Each repays careful, repeated listening.

In what would have to be the most audacious collision of composers ever conceived, Barry Manilow’s One Voice takes on the Pilgrim’s Chorus from Wagner’s Tannhäuser. Does it work? Not to these ears, although one has to admire the passion that inspired it. Pinning Clouds has that in spades.

Pinning Clouds is available from fishfinemusic.com.au or to order via https://jacquelinedark.com/contact/