At first glance the two works in Sydney Dance Company’s Orb look quite different but they are close kin under the skin and together make an exceptionally absorbing double bill.

Cheng Tsung-lung, who choreographed the opening Full Moon, is artistic director of Taipei’s Cloud Gate 2 and steeped in the aesthetic of that company’s senior arm, Lin Hwai-min’s incomparable Cloud Gate Theatre. The dance is contemporary but holds hands with age-old traditions. When you recognise shapes from martial arts or the influence of meditative practices, you are taken into a world where great antiquity co-exists with the here and now and gives it texture and meaning. 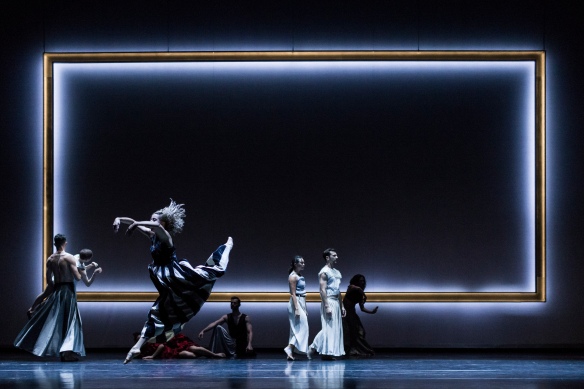 SDC artistic director Rafael Bonachela is a lively exponent of movement, music and design as their own reward. So often in his work there is no past and no future. It’s a world of sensation rather than explanation – although not in every single case, as his recent Lux Tenebris (2016) and Frame of Mind (2015) show.

Indeed, Bonachela does of late seem to be edging towards a greater degree of character exposition and hints of personal narrative. In short, his work just seems to be more human, and that’s certainly the case with Ocho. It’s delightful to see Bonachela and Cheng connect on this fundamental level.

As if to emphasis the complementary nature of the evening, the 16-member company is divided straight down the middle so there are eight dancers in each work with strictly no overlap. It’s a lovely round number and therefore eminently suitable for Full Moon, which employs five women and three men while Ocho uses the reverse combination. (And don’t forget: Ocho is Spanish for eight.)

In the numinous Full Moon, made doubly so by Damien Cooper’s exquisite lighting, there is a profound sense of eternal motion, and not only because Cheng’s piece has thrilling eruptions of speed and full-bodied swirls. He also finds vivid life in what appears to be complete stillness, arrestingly seen as Sam Young-Wright stands in the half-light with Jesse Scales astride a shoulder, both of them alert and energised, and Bernhard Knauer sits serenely on the floor for many minutes, his demeanour a mixture of relaxed poise and deep contemplation before rising to dance with glowing Janessa Dufty.

They embody the constants of existence: breath in and out, the circular flow of blood and the creation and release of energy. From time to time dancers are spotted standing apart or lying in the shadows but they never seem subservient to the action around them. No dancer ever leaves the stage and one is always aware of where each is. 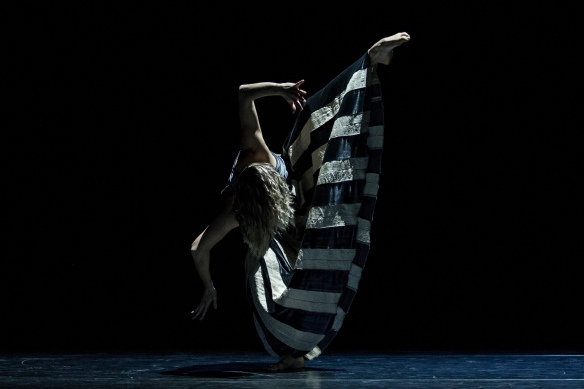 Most striking of all is Holly Doyle in her long striped gown, often covering her face with her hair, extending a dagger-like leg high or turning inexorably like a whirling dervish. Cheng isn’t afraid of emotional extremes. Perhaps you can blame the full moon.

Ocho, like Full Moon, uses the power of stillness but here it’s not a form of inner radiance. It is menacing and painful, a prelude to attack or an expression of neediness. Ocho, if you will, is the dark side of the moon.

Despite the bleak intimations of this brutal, post-apocalyptic image of life, each woman and man in Ocho is an individual with clearly expressed wants and each is riveting. First seen as disconnected figures in a coldly lit glass enclosure, Bonachela’s five men and three women emerge singly to mark their territory. The atmosphere is incredibly threatening, aided and abetted by Nick Wales’s new score that blends brass, flute and electronica in a most unsettling way.

When all but one have ventured into the open the competitiveness is ferocious. The one who stays behind, Charmene Yap, is tentative and vulnerable, although all are needy. At some point they all scatter to go who knows where but return to the known quantity of their sordid fish bowl (terrific set and costumes by David Fleischer, lights by Cooper). When they touch, they cling to one another with what looks like desperation.

Actually, in its final moments Ocho recalled nothing more than the ending of Full Moon. Full circle.