THEY work quickly at Louisville Ballet. In April Robert Curran applied for the role of artistic director, he was interviewed twice in June and by early July he learned he was the successful candidate. His appointment was announced in Louisville yesterday and he starts in Kentucky possibly as early as next week once his visa has been finalised. He was selected from more than 80 applicants.

Curran, 38, couldn’t be happier. “I am thrilled to be leading a company that has such a rich history and that is so excited and enthusiastic about the future,” he said in Sydney earlier this week, during a whistle-stop trip home.

Louisville Ballet board chairman Joel Stone said via email: “We needed someone who could move the organisation forward over the next 10 years. So much has changed with our patron base and how they interact with dance and art. Robert’s vision for the company meshed perfectly with where we need to go.”

Curran, formerly one of the most loved principal artists at The Australian Ballet and noted as an exceptional partner, has been preparing for this moment since retiring at the top of his game at the end of 2011. He has an Advanced Diploma of Dance from The Australian Ballet School, a Bachelor of Business from Monash University and is undertaking a Master of Applied Theatre Studies from the University of New England. After he left the AB he took a year off to travel and observe the work of other ballet companies and directors. 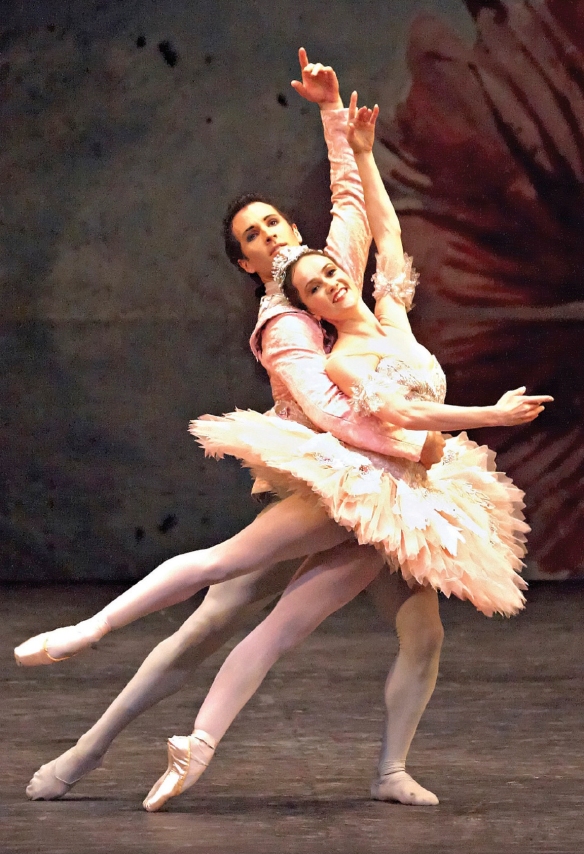 Robert Curran with Lucinda Dunn in The Nutcracker for the AB. Photo: Jim McFarlane

The Louisville board wasn’t deterred by the fact Curran had not previously run a company; in fact they liked it.

“They wanted somebody who was going to bring a level of freshness and innovation. They weren’t afraid of what that might look like,” Curran says. “The company has a really sound structure – sufficiently established so the organisation can run really efficiently but not so rigid that it’s not open for a bit of interpretation and adaptation as each of our initiatives start to take hold.”

The board sought someone who would continue retiring artistic director Bruce Simpson’s commitment to the classical tradition but also “someone who was interested in exploring where that [tradition] might go”. Louisville Ballet’s repertoire includes work by Ashton, Balanchine, Tudor, Cranko, Tharp, Fokine and Bournonville, and its next production is next month’s Giselle, which Curran will stage.

While it may seem a significant alteration in direction to appoint an Australian to the position, the move from Simpson to Curran is perhaps more like a baton change. Simpson’s taste in repertoire is similar to that of The Australian Ballet, says Curran, and indeed “Bruce has an enormous respect for the AB; enormous respect both for the company and the Australian Ballet School”. Ballet can be a very small world. (Australian Stanton Welch, is artistic director of Houston Ballet, a position he has held for 10 years.)

After spending 12 years at the helm Simpson will stay in Louisville, says Curran, who expresses great affection for him. “He has been incredibly respectful of what I need and want. He’s a really great man.”

Louisville Ballet was founded in 1952 as a project-based operation, bringing in artistic directors and dancers. It became a fully professional company in 1975 with eight dancers on contract. Today there are 24 dancers and 15 trainees, making it somewhat similar in size to Queensland Ballet and West Australian Ballet, albeit with much shorter seasons. The dancers are on 30-weeks contracts and the number of performances for each program is short – only three for Giselle, for example, with 11 for the seasonal favourite The Nutcracker.

Louisville has a population of about three-quarters of a million people and is the oldest city in Kentucky. It has a strong arts culture, being home to Kentucky Opera, Actors Theatre of Louisville and the Louisville Orchestra as well as the ballet company. Financial difficulties in the past have curtailed the use of live music but Louisville Orchestra is expected to play for Nutcracker. Curran hopes there will be opportunities for a closer relationship under Louisville Orchestra’s new young music director Teddy Abrams, who is just 27.

“The relationship has ebbed and flowed over the years. One of the things that is definitely in the future for Louisville Ballet is a stronger relationship with the orchestra. There was no discord in the past, just a financial thing. The orchestra has its costs that it needs to meet. The ballet has its budget that it needs to maintain. Hopefully there will be more flexibility and more of a combined fund-raising focus. At least they are interested in exploring that,” says Curran.

He will also be artistic director of Louisville Ballet School. “There is a school director who takes on the majority of the work, but there is definitely a level of commitment that is expected of me,” he says. “And I am very much looking forward to delivering on that expectation. The Vocational Graduate Certificate in Elite Dance Instruction that I studied through the ABS has given me plenty of ideas, and fortuitously, both schools teach the Vaganova training program.”

In a long conversation with me published on this site last year, Curran talked frankly about his ambition to lead a company, one from which he has not wavered since he stopped performing. He said he would go anywhere in the world, and it was not surprising to hear he had found an opportunity in the US, home to so many classical companies.

“I know that working with Louisville Ballet will be a joy and I cannot wait to see what we create together,” he told me. His first ideas will be seen In April when he stages his Director’s Choice program.