The Andrews Sisters style is all honey, sunshine and an irresistible life force, even when there’s a touch of wistfulness in the lyrics. No wonder the trio was so popular with US troops during World War II. The silken close harmonies, bouncy syncopations and light-on-the-feet melodies were made to please. They are optimism in a three-minute package.

Paul Taylor’s Company B uses nine of the sisters’ hits that show that in spades. The genius of Company B, though, is in the shadows the choreographer casts. While Brylcreemed young blades and flirty-skirted women whoop it up with infectious vitality there are men who fall, or are seen silhouetted on the periphery in martial poses. These ones melt in and out of the dance like ghosts while around them couples dance as if there were no tomorrow, full of juice and hope and infectious high spirits. I have no idea whether Taylor, now the grand old man of American modern dance, was thinking about contemporary conflicts when he made Company B in 1991, but its premiere at Houston Ballet came shortly after the first Gulf War. 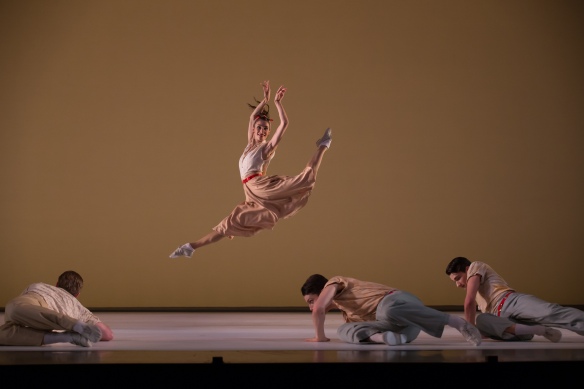 A song such as There Will Never Be Another You takes on quite a different complexion in Taylor’s context and when at the end of the bravura Boogie Woogie Bugle Boy (of Company B) the soloist collapses to the floor, we think not only of goofily exaggerated exhaustion. This happens again and again, joy undercut by sorrow, until we are back at the beginning with a reprise of Bei Mir Bist du Schön. War never stops, nor do its consequences.

Company B closes Queensland Ballet’s commemorative Lest We Forget program on a strong note, even though the exhilarating mix of contemporary and social dance is delivered a little too carefully overall. Not everyone fully captures the scintillating swing of hips, jaunty shoulders and the effervescence that comes from within. On opening night principal Laura Hidalgo in Rum and Coca-Cola and soloist Camilo Ramos in Oh Johnny, Oh Johnny, Oh! show how it should be done and two less senior dancers – Vanessa Morelli in There Will Never Be Another You and Lima Kim always – were marvelously alert to the music. 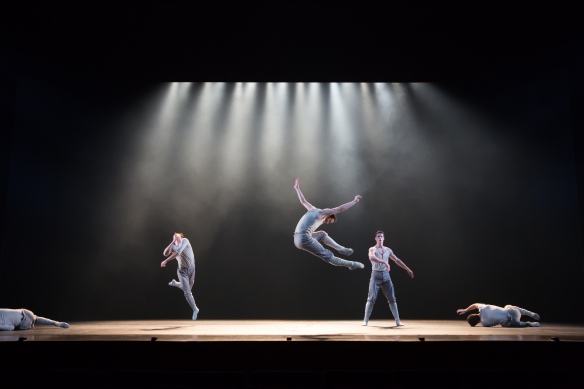 Queensland Ballet in Natalie Weir’s We Who are Left. Photo: David Kelly

The other two works in the triple bill are new company commissions. Natalie Weir’s We Who are Left is perhaps a piece d’occasion rather than a stayer but her aim is true. The melancholy of young men at war and the women who grieve for them is affectingly expressed. The extensive filleting of Benjamin Britten’s 85-minute War Requiem to find not quite 30 minutes of music gives pause for thought but Weir is sensitive to its purpose. The gestures of love, loss and pain feel authentic and the five couples in the first cast did Weir proud, dancing with eloquent simplicity in David Walters’s gorgeous lighting. Principals Clare Morehen and Shane Weurthner were particularly fine in Weir’s delicate, bodies-not-quite-touching duet She Who Was Left.

Ma Cong’s In the Best Moments, which opens the evening, is dominated by a series of pas de deux that manage to be bland and overwrought all at once, with men lifting women in big, tricky manoeuvres that look effortful. The connection with its music, sections from Philip Glass’s score for the film The Hours, is primarily one of busyness. There are lots of notes, lots of steps.

Lest We Forget ends on August 6.