HIDING in Plain Sight is like a remote beauty, a super-something with abundant personal assets who glides through the world as if not quite of it – cool, guarded, cocooned, separate. Lesser mortals may look but not touch. They may admire, but not presume to approach. 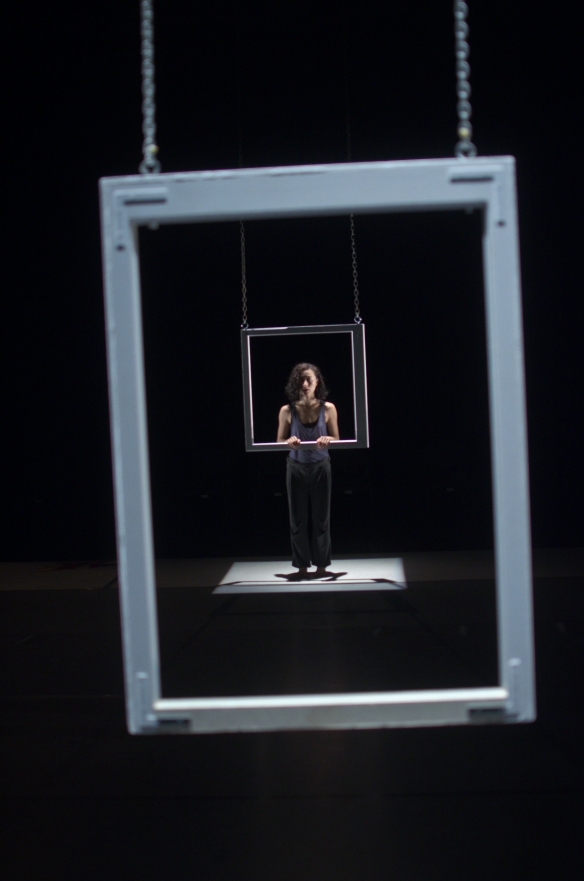 On a rectangular performance area, watched over by a divided audience on opposing banks of seats, two dancers engage in intensely private solos. At first they are seen facing one another and moving in similar fashion although the physical closeness offers no sense of intimacy, even when heads touch shoulders as they do at the start.

Each woman is in her own half of the space, delineated by Karen Norris’s ultra-sophisticated lighting design. Soon the two go their own ways, staying deeply within themselves as Huey Benjamin’s electronic score continues on an unvaryingly introspective path. Hiding in Plain Sight is well named.

I admire Narelle Benjamin’s rigorous austerity and she has worked with two exquisite dancers in Kristina Chan and Sara Black, but Hiding in Plain Sight is a distancing piece. It was inspired by art and ideas on the subject of loss and displacement but at the end of what felt a longish 50 minutes seemed to have little to reveal about that disorienting, troubling state. Instead it evoked a kind of inaccessible glamour, lacking the complex emotional engagement one would have hoped for from Benjamin’s intent.