What better way to mark a milestone birthday than by getting some of the old gang back together again? Gideon Obarzanek’s Us 50, choreographed for Sydney Dance Company’s 50th anniversary program, returned to the stage some of SDC’s most memorable artists, among them Bradley Chatfield, Wakako Asano, Sheree da Costa and Lea Francis. It was a graceful way of paying tribute to earlier days, as was a short film that preceded the Bonachela/Obarzanek double bill. 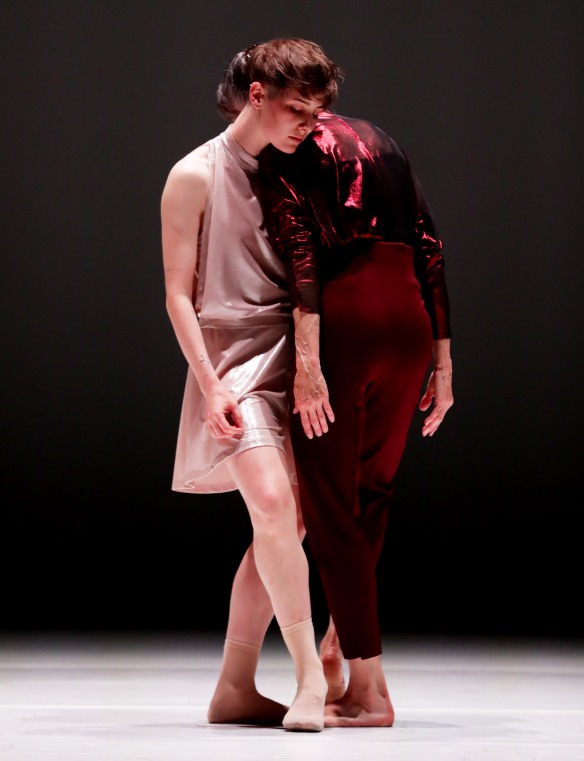 The film reminded the audience of the dramatic, theatrical style of former artistic director Graeme Murphy, who with Janet Vernon led SDC for an astonishing 31 years. There were snippets from Poppy, Some Rooms, Synergy with Synergy, Berlin, Tivoli and Grand, among others. The film also showed the very different approach to contemporary dance of current artistic director Rafael Bonachela, who this year celebrates 10 years with the company. He was represented by We Unfold, Raw Models, 2 One Another, Nude Live, ab [intra] and more.

Murphy and Bonachela may have little in common as choreographers but they’ve put heart and soul into the company. That it is still a potent force in Australian and international dance is remarkable. “Graeme’s influence can’t be overstated,” Bonachela told the audience before the performance, noting the “beautiful coincidence” of its being Murphy’s birthday on opening night. (Murphy is now 69 but far from retired, continuing his work as an opera director. A new ballet, The Happy Prince, is part of The Australian Ballet’s 2020 season.)

Obarzanek, himself a former dancer with SDC, chose 10 alumni to take part in Us 50, and they were not there simply to bask in the glory of once having been a star. Some of them won’t see 60 again but they were there to dance and dance they did, holding their own glowingly alongside SDC’s current ensemble of young ‘uns. 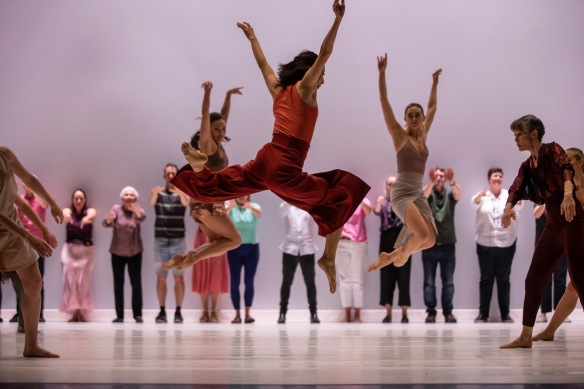 Among much else in Us 50 Obarzanek explored how movement looks on older bodies versus younger ones, how dance is passed from one person to another, the fascination of two people working as one and the power of a large group. The piece looked deceptively simple but ebbed and flowed to Chris Clark’s propulsive score with a great deal of subtlety and a deep vein of emotion.

At one point Chatfield was left alone on stage as others melted away. He walked a little, as if trying out some ideas. Then he was joined by a few others, then more who watched Chatfield closely. Pedestrian movement morphed into dance and alumna Kathryn Dunn broke away to enjoy the freedom of being, well, one of the most glamorous dancers SDC has produced. Other cherishable moments: Stefan Karlsson (alumnus) and Emily Seymour (current member) shimmying away to one side as the pack moved on; da Costa and young Jesse Scales with their heads on one another’s shoulders; the current SDC dancers forming what looked like a protective huddle around the older dancers (the others were Bill Pengelly, Kip Gamblin, Nina Veretennikova and Linda Ridgeway Gamblin). There was a moment for everyone, with Asano looking particularly radiant. She spent 17 years with SDC and along with Vernon was one of Murphy’s great muses. It was so touching to see her again.

Ten alumni and 15 SDC dancers added up to 25. Making up the 50 was a group of untrained, unrehearsed non-dancers, drawn from the audience anew each evening. They represented the part in SDC’s history played by those who only sit and watch. (On opening night as a special treat the unrehearsed group included another 10 former dancers, including Ross Philip and Tracey Carrodus. Ah the memories!)

If Obarzanek’s concept sounded iffy, it was utter bliss in practice. The untrained, who rose from their seats part-way through Us 50 to go onstage, were not asked for anything outside of their capabilities. Guided via earpieces by assistant choreographer and SDC’s new rehearsal associate Charmene Yap – she will be much missed from the stage – the citizen-dancers’ faces shone as they mingled with the professionals. 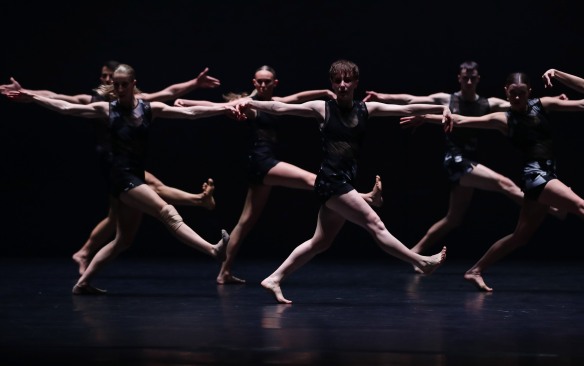 A revival of Bonachela’s 6 Breaths opened the evening. First seen in 2010, it takes on a different complexion in this new context. A series of meditations on different aspects of breath, including the first and the last, it now conjures thoughts of the evanescence of a dance career. It was danced thrillingly at the opening and put the spotlight on some of Bonachela’s newer recruits, particularly Riley Fitzgerald and Dimitri Kleoris in the work’s central duet. Longstanding company member Juliette Barton has returned from maternity leave in even more striking form than before, if that were possible.

The evening’s laurels, though, went to the glorious SDC alumni who brought back so many memories and the untrained civilian bodies who proved that yes, anyone can dance.