On December 4 last year David Hallberg tweeted that he’d loved revisiting The Sleeping Beauty at the Royal Opera House but “there is a very good chance it was my last”. And so it probably was. Today the 37-year-old American superstar was announced as the next artistic director of The Australian Ballet – its eighth. He told The New York Times that while he will fulfil his current stage commitments this year and into 2021, “my shows are numbered”. He starts his new role at Australia’s national ballet company next year.

Today he wrote to his followers: “It has been a long and eventful (to say the least) career and I have always known that the time will come where I take all of my absorbed experience and become an Artistic Director. This is the time.” 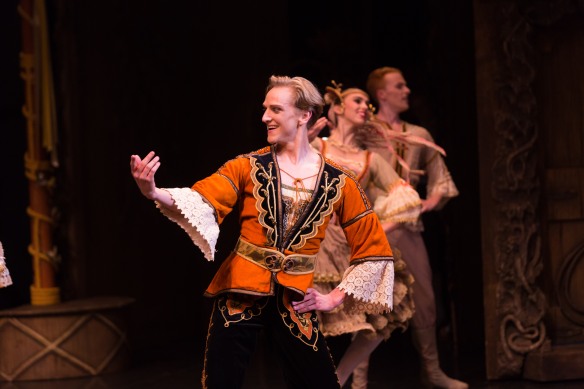 Hallberg succeeds David McAllister, who will have been in the position for a record-breaking 20 years when he leaves. Perth-born McAllister was a principal artist with TAB when he was the surprise pick to follow Ross Stretton’s brief rein. The choice of Hallberg is far less of a surprise. The South Dakota native is practically an honorary Australian, having first appeared with TAB in 2010 (in the Peter Wright version of The Nutcracker) and returned regularly. Most pertinently, he spent more than a year in Melbourne in 2015-2016 undergoing rehabilitation with TAB’s crack medical team after a potentially career-ending ankle injury. He returned to the stage in late 2016 for Sydney performances as Franz in Coppélia. It was, fittingly, a role debut. Hallberg’s career had restarted and he has been unstinting in his praise for those who helped him heal.

Back on track, Hallberg then accepted the position of TAB resident guest artist. He is also currently a principal with American Ballet Theatre, which he joined in 2001, and principal guest artist with The Royal Ballet. In 2011 he made headlines when invited to join The Bolshoi Ballet as a principal artist, a position that lapsed after his injury and long recovery, although he has returned there as a guest artist.

David Hallberg with Natalia Osipova in The Leaves Are Fading. Photo: Daniel Boud

Hallberg has long been considered one of the very finest male dancers of his generation and his globe-trotting career has taken him to the world’s leading companies. It has also included a special partnership with the incandescent and equally famous Natalia Osipova. But while still dancing at the top of his game, in interviews Hallberg was signalling his desire to have an artistic directorship in his future. McAllister’s announcement last year that he would leave TAB at the end of 2020 gave Hallberg and TAB’s board plenty of time for discussion.

There were, naturally, other candidates under consideration but it is hard to think of anyone else whose appointment would have been greeted with such approbation and such wide interest. Hallberg’s interests are eclectic and his connections deep and impeccable, desirable traits for his new job.